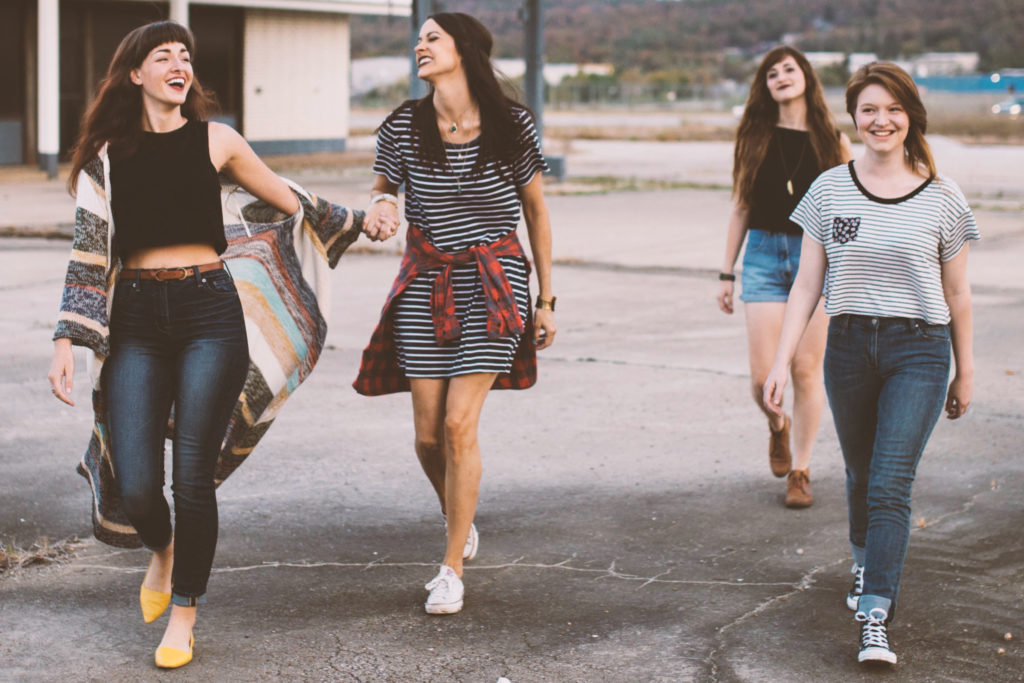 We were 4 girls, giving pjama parties every saturday night at the house of one of us.
Again, at a regular saturday night, we get together for party. We just made chat a little bit and then watched an erotic movie. After that one of my friends suggested to play cards. At first we didn’t like the idea of playing cards, but when my friend said that there will be a punishment for the looser, we all liked the idea and agreed to play. We were making jokes about the punishment. Finally I lost the game and thw other girls went to another room just for planning my punishment. I was a little bit ashameed and just try to conjecture what they might do. By the way, i was very close one of the girls so, she knows all my secrets..
I just remembered that i talked about my bondage fantasies..
I have told her that I like being bounded tightly, and I find it very excited. At the same time I thrilled and shuddered.

Then they came back near me. There were a rope in the hand of the girl that I was close. I feared and just attempted to shout ” I don’t accept to be bound” , I was allready on the groud and they tied my hands.. i weas lying on my back. When i began to struggle, they tied my hands to the bed. By this way, I can2t move my hands anymore. Then they tied my ankles together. So I was lying with my motionless with my white socks on my feet.
Then one of them asked
” so…what will we do to her?”.
The other one said that,
” I know a good way of punishment”.
And whispered to others.. they all left the room laughing at me.. I was struggling and trying to escape innocently without any idea what they will do … but it was impossible to escape, since the ropes were very tight.

At this time they entered the room with a thick and a long stick. And they fixed my ankles to the stick.
I said
“hey, what are you doing, this is enough”.
But they said that,
” take it easy sweety, we are just beginning.”

After they have finished fixing my ankles to the stick, two of them raised the stick. At this time, the other girl came in the room with a bamboo in her hand. I was feared and feeled butterflies in my stomach.
I yelled
“no, you can’t bastinado me”.
But the girls said in a mocking manner
“we will just make your pretty feet a little bit red”.
I tried to curl my legs, but the other two girls raised the stick more, and then my legs my hanging from the stick… I was totaly feared. I tried to guess, how bad could it be. I have never seen somebody receiving bastinado, and now I would have…

The girl slowly took my socks off. In this way, my 37e thin, white feet came on the scene.
She asked,
” are you ready to receive bastinado?” and she smiled…
I closed my eyes and I was waiting for the first stroke.
At this moment I heard a “sssspppllaaahhh” in the air and the first storke met my feet in the middle. It was a terrible pain, this is the first time that somebody beats me on the sole, and it hurted more, much more than I guessed. I cried at the top of my voice, and just at this time, I get the second one..
I begged them to stop, but the girl said,
“hey, we just beginned.”.
The stick was touching every inch of my feet, and the girl was hitting with her full force. It was hurting me a lot and the pain was unbearable. My feet getting pins and needles, and very hot..
I was crying by the pain, trying to get my feet free but it was impossible.. the rope was very tight and bruising my ankles. I began to cry, they didn’t hear my beggings, the strokes are severe. Then something has happened. I get wet and get pleasure from being beaten. Since they understood it, they began to hit faster. After 50 strokes, she stopped and put the stick down. I can see that my feet was swollen and get red. They began to rub my painful feet. but I was still crying with pain. Then they kissed and licked my feet for a time. It was totaly pleasure, and I reached orgazm few times by this time. Almost half an hour, they stopped and untied me. Still I was getting pain but I was happy since I enjoyed.. I tried to walk, but I couldn’t since my soles are very tender at this time.. their were red marks on my sole.

One of the girls said that,
“we are sorry Pelin, but we know that you like being bound, and we have planned it before. But as a gift we will kiss and lick your feet till morning.”
And really, they lied me to the bed, kissed and licked my feet for hours.

It was totaly an interesting weekend. My soles get normal in a day.
But after the “bastinado” day, we arer ashamed and couldn’t dare to see each other. However we got used to it, and we bastinadoed one of us once a month..